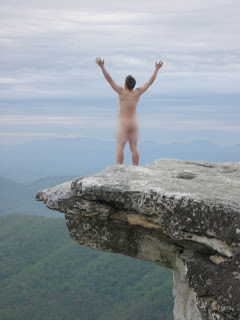 Usually I wouldn't use so many exclamation points, but for the first time in what seems like eons, I feel like my old self. Better, actually. I've been tired since at least Thanksgiving; I can't remember the time I got home and had any energy left over. Usually I crash on the couch until dinner, eat dinner, then crash on the couch again until it's time for shower and bed. I often get sleepy on the drive home and sometimes have to stop the car, get out, and run around it a time or two to wake back up.
But yesterday - oh, man!

I drove home in a fairly happy mood because Bear was home before me. He had left work early because he wasn't feeling well and wanted to try to get into the dr.'s office even without his file. He couldn't, but the hospital called - they'd found his file! So he ended up driving to Millinocket, getting his file, and making a dr.'s appointment for today at 2:00. By then most of the day was shot, so he took the rest of the day off. But I digress.

When I got home, Bear and I cuddled on the couch. He is very nuzzle-y when he's not feeling well, and since I LOVE that, I was right there beside him. But strangely, I really didn't want to stay on the couch. I had ENERGY! I actualy wriggled. Eventually I had to get up. I went into the kitchen and washed the dishes! When I was done that monumental task, Bear said he wanted some juice, so we went to the store a few miles down the road and got him one. Then we drove around town looking for deer. Deer infiltrate Brownville each winter. We saw ten deer in different places in town, then drove home. On a normal night, it would be enough to exhaust me, but I didn't even sit down - I started making dinner! After a hearty dinner of Hamburger Helper lasagna, I decided to make COOKIES! From scratch. Nestlé Toll House cookies, here I came! They were super good. The dough was the best part so I had several spoonfulls of that, too. After cookies my favorite shows came on - How I Met your Mother, The Class, and Two and a Half Men. Mother was an episode we hadn't seen, so we watched that, but The Class was a repeat. I wanted to go do my save the dates, but it was getting late, so I didn't. I DID, however, watch the eight-minute preview of Cinderella 3 on my computer. It looks really good! Then we showered and went to bed as usual (after Two and a Half Men, of course).

I know that my night sounds sorta boring. But for me, that was a jam-packed evening! I fell right to sleep last night but I don't feel utterly drained today. I'm really hoping that the mono is leaving my body and I am recovering from the exhaustion that came with it. I'm cautiously optomistic that this energy flow will last and I will continue to feel as amazing as I've felt yesterday and today.

PS I should probably add a disclaimer here that I have no idea who the guy in the photo is. He just showed up when I typed "hallelujah" into Google Images. ;)
at 9:26:00 AM