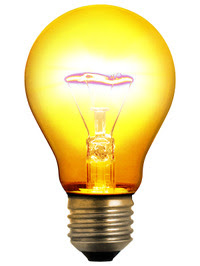 Have you ever had one of those moments when you realize something about yourself that should have been totally obvious but somehow you never saw it? That happened to me a few weeks ago.

Quite some time ago, I blogged about how I don't want to have children. In the post I mentioned that I am an attention whore and that I love my life exactly as it is. Those reasons haven't changed, but I learned that I have a deeper reason for wanting to remain childless. I was talking with Bear's childhood friend K and she asked if I ever wanted to have kids. I looked at her, and something clicked in my head. I said, "No, I don't want kids. Growing up, I was always made to feel that I had ruined my mom's life, that I was a consequence of an ill-thought out action. My mom put up with me because she'd behaved irresponsibly. So I guess to me, I equate children with burdens that ruin lives." As soon as I said it I knew it was true. My mom was trapped in a bad marriage, so she had an affair with my dad. They didn't take the appropriate precautions, and I came into the world. My parents did get married (and still are), but their lives didn't turn out as they had planned. I guess I have always felt responsible.

I was in college before I ever realized I felt guilty about the circumstances surrounding my birth. I have no doubt that my parents would have chosen a different path if it were an option to them. Why I took the guilt of their choices onto me was a mystery, but I have been working on letting the guilt go for years. At least I had a reason for why I'd felt uncomfortable in my own home for as long as I can remember. I'm twenty-six now, and this new revelation just made itself known. I'm not sure I know what to do with it. On the one hand, I know I don't want kids so I'm tempted to just leave that assumption alone. Kids = burden. Got it. On the other hand, I wonder if I could ever want one if I didn't view children in that light anymore. That thought scares the shit out of me.

This is nothing I can ever discuss with my parents, and Bear just shrugs and says he doesn't care one way or the other. I'm on my own with this (except for you, of course!). I guess what I'm wondering is this: is the fear of a child ruining my life an acceptable reason not to have children, if added to my pre-existing reasons? Or should I deal with this idea as I did with my guilt and re-evaluate my position?

I love those lightbulb moments.

As far as the kid thing...I had so much uncertainty. It's okay to sit with it awhile and see what (if anything) changes as far as your desires.

I am so sorry your mom made you feel that way, and not make you feel like the gift and treasure that you are.
I think the fact you are even raising this possibility means that at some point you should reevaluate your decision. I did not want kids either, no way, never. My parents were alcoholics, being the oldest I had to be a mom to my 4 younger siblings. They were a lot younger. I was so sick of kids, diapers, baths, bottles, etc. I said I would never have my own. One day, and I hate to sound cliche, but the maternal buzzer went off, just like that, click, and I really wanted a baby. The joke was I had to go through infertility treatments with mine,but they were worth it. Being a mom, for me, was THE BEST thing I have ever done. I can't even put it into words. But, that's me. I guess what I want to say is, you have time, don't be so rigid about your decision, and if you change your mind, go for it. I think you'd make a great mom, you seem very caring and nurturing!! Have a good night!

You know, that is a tough one. You were put into a situation where you were made to feel like the unwanted one, the one who made the affair out there for the whole world to see. This may seem like a dumb thing for me to say, but I will anyway....NOT YOUR FAULT. Could you imagine making one of your students feel that way? Like they weren't wanted?

You may find that as time goes on, you still feel the same way. You may not. But I could see you and Bear taking a couple kids camping, teaching them about fire safety, showing them how to cook a hotdog on the fire, showing them the world. And the world would be a better place.