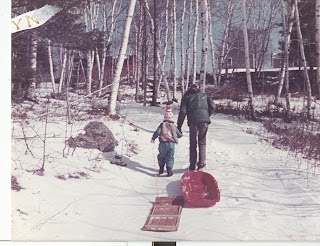 * I realize that today is in fact Wednesday, not Tuesday which is the actual letter day. I apologize for the delay and hope this was a letter worth waiting for.
at 10:43:00 AM

It was worth the wait.

I know this wasn't easy to write, but I hoped it helped. And more so, I hope Mike finds this letter and finds a way to open up the communication with you again. It's never too late. Especially when there is love. I'm holding out hope for you....

Sometimes writing a letter can be so therapeutic. I hope you feel better and that things work out for you and your brother...

What a beautiful, well written letter to your brother. I hope in the end everything turns out okay. Family stuff just sucks.